I’m Grateful For My Opportunities

This Thanksgiving season, I’ve been thinking about what I’m grateful for. Like many, I would put HEALTH at the top of the list. Not just my own health (which is pretty good, knock on wood), but also that of my large family. My mother had a rather serious health issue this year, as did my youngest sister; thankfully, they have both navigated the road to recovery and are doing fine. My father—at age 82—has a full-time career running a non-profit organization, does part-time ministry volunteer work, and is also working on a PhD in mind-body medicine. Talk about good health … WOW! Dad is truly the energizer bunny! The rest of my family is healthy, too, as are my four children and my husband. I’m grateful.

Beyond health, I’m grateful for OPPORTUNITIES. I’ve always been a writer. Every job I’ve ever had throughout my career has been as a writer: newspaper journalist, magazine contributor, public relations professional, etc. About seven years ago, I relaunched my writing career when I was hired to research and write the 60-year history of the Institute for Spirituality and Health in Houston’s Texas Medical Center. The result was Uniting Faith, Medicine and Healthcare, a nonfiction book that ISH uses as a communications and development tool. The book also became the foundation of my thesis project, earning me a Master of Arts from LSU-Shreveport in 2013. You can read more about the Institute and their mission here: https://www.spiritualityandhealth.org/

That freelance job for the Institute opened up my mind to different writing styles, and I bubbled with ideas for children’s books. I launched my first book for kids—Arthur Zarr’s Amazing Art Car—in 2016, and the following year, it was awarded first place by the Texas Association of Authors in the category of Picture Books. My story even inspired the Northeast Louisiana Children’s Museum to create a permanent art car exhibit. Many OPPORTUNITIES opened up for me, and I became an elementary school speaker. I’ve now presented at more than 70 schools, spreading my artsy message about reading, writing and creativity to thousands of children. I also met dozens of creative individuals who enjoy the art car lifestyle; they join me at my school visits, bringing smiles wherever they go.

My second picture book, Yazzy’s Amazing Yarn, launched in August 2019 and is a playful story about a girl who “yarn bombs” her neighborhood park. It was named a finalist in the 2019 Best Book Awards by the American Book Fest in the category of children’s hardcover fiction picture books. The contest yielded over 2,000 entries from mainstream and independent publishers, which were then narrowed down to some 400 winners and finalists. Reader’s Favorite gave YAZZY a coveted top five-star review. Also, my illustrator, Emily Calimlim, won a diversity scholarship at the SCBWI-Houston conference this year and was named Most Promising Portfolio for 2019. I feel lucky to be in Emily’s talented sphere! Check out the winner and other finalists in my category for the 2019 BEST BOOK AWARD here: http://www.americanbookfest.com/childrensbooks/picturebookfiction.html

“Yazzy’s Amazing Yarn is a yarn-tastic story that will motivate young readers to be creative and bring color into all aspects of their lives.” — READERS’ FAVORITE FIVE-STAR REVIEW

Other writing OPPORTUNITIES this year include:

Right now, I’m trying to carve out time to write. I’ve garnered some publication interest in a middle grade novel I’m writing, so my goal is to complete it by early 2020. I’ll keep you posted on my efforts!

Meanwhile … what are you thankful for? And remember to BE AMAZING!

P.S. I can’t close this newsletter without patting my friend TERI CASE on the back! She WON in the Fiction Cross-Genre category in the American Book Fest 2019 Best Book Awards for her novel: In the Doghouse: A Couple’s Breakup from Their Dog’s Point of View. This book makes a fun holiday gift or book club read! You can learn more about Teri and her books here: http://www.tericase.com/ 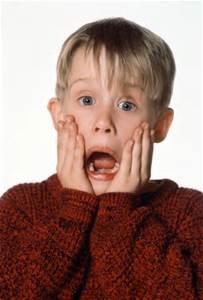 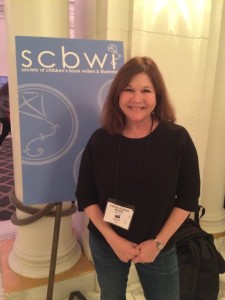 My Picture Book Got a Crew Cut

I wrote my first picture book. I brought the manuscript to a conference hosted by the Society of Children’s Book Writers and Illustrators, held in Houston this past April. And I felt pretty darn good about my creation. I’d already spent months making adjustments and changes, rearranging sentences and paragraphs. I’d shown it to several friends and family members. I’d consulted with a few fellow writers. It’s a clean document, I thought. It’s pretty much done.

I knew I wanted to self-publish Arthur Zarr’s Amazing Art Car. I had already published a nonfiction history book through a freelance writing job. So, I knew the procedures of obtaining my ISBN, barcode, copyright, graphic designer, and printer. And I was confident that the text for my picture book was ready. I’d hired an illustrator, and he was busy drawing. I felt good about where my book stood at that point.

I heard some other information, too. One speaker emphasized, “It all begins with strong verbs.” He also said, “The adjective is the enemy of the noun.” By that he meant, don’t say “an enormous house” when you can say “a mansion.” An agent stressed, “Is your manuscript as polished as possible?” Another agent encouraged, “Trust the reader.” And in every talk, the editors stressed: Rewrite. Rewrite. Rewrite. 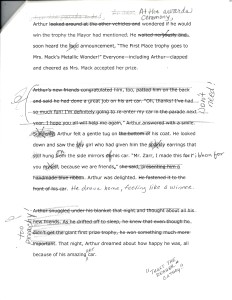 I came home and read my picture book with a fresh set of eyes. I tried to think like an agent or editor. I rewrote. Again. And again. And again. I’m including one page of my text to demonstrate what I did. I cut my manuscript. After one enlightening day at a SCBWI conference, I deleted 612 words from my story!

For a moment, self-doubt got the best of me. I’m untalented. I’m afraid. My ideas are lame. I have no business trying to self-publish a children’s book. But then I remembered something else I heard that day at the SCBWI conference: “Everyone gets rejected.” And, “Nothing succeeds like failing; because if you’re failing, that means you are trying.”

So, I flipped my thoughts and looked at my book-scalping experience as a success. I also hired a copy editor, and that—in addition to the fee to attend the SCBWI conference—was the best money I’ve spent while developing my picture book.

If you’re a writer, don’t be afraid to give your manuscript a serious haircut. Who knows? Maybe crew cuts are back in style.