How I Wrote a Thesis and a Book… At the Same Time! 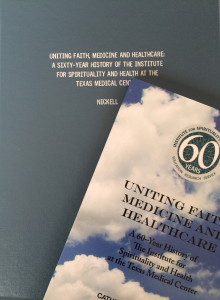 cket list. But I had gotten remarried, and my new husband and I were trying to blend our family of three children. Then, I had another baby. Life’s circumstances pushed my thesis goal to the back burner. Sixteen years later, I was still writing at the top of my bucket list: “Finish Master of Liberal Arts degree.”

In the mid-90s, I enjoyed a dream job as the public information officer for a university in Louisiana. Prior to that, I had done public relations work in the healthcare industry. So, working with professors in an academic environment was a new adventure. The politics and flavor of campus life fascinated me, and I wanted to soak in all my new workplace had to offer. When I discovered that full-time employees were allowed to take classes at no expense, I was first in line to register. I was a single, working-mother in my late 20s, so the words “free tuition” sounded like winning the lottery.

TIP #1: IT’S NORMAL FOR YOUR ENGINE TO STALL!

By taking night courses after work and some during my lunch hour, I eventually finished the required credits for a Master of Liberal Arts degree. The only thing I lacked to graduate was writing a thesis. That’s where I stalled. I had heard from my professors that the M.L.A. degree at this particular university was considered a “low-completer” program. Meaning, students usually finished the classes but often didn’t graduate due to the daunting thesis requirement.

That will never be me, I thought. I’d be a fool not to finish a graduate program that doesn’t even charge me tuition. I’m a writer. This will be a snap.

But that was me. I was a “low-completer.” I had a million excuses… I moved to another state. I got remarried. I had a baby. I can’t think of a thesis topic. Working long-distance with my professors will be difficult. Too much time has passed (16 years!). The Graduate Council probably won’t readmit me into the program.

Plus, that requirement of a thesis paper being “original research” stumped me even more. I had, of course, written numerous news releases, brochures, newsletters, articles and research papers. The thesis, however, was a whole different beast. All my insecurities about writing crept to the surface.

One day, I got a bucket-list-changing phone call from my father. He’s the President/CEO of a non-profit organization in Houston, and he wanted me to research and write its rich sixty-year history. The Institute for Spirituality and Health has been around for six decades, but no one had ever compiled their unique story into one cohesive document. He thought of his daughter (me!) and made the call.

I wanted to get back into writing. I wanted something to call my own. Something that didn’t involve kids, carpooling, or running a home. Something creative. I also saw a chance to finish my graduate degree at the same time. I knew that if the university’s Graduate Council would agree, I could kill two birds with one stone. So I immediately answered, “yes.”

Even though I hadn’t spoken to her in many years, I got up the nerve to call one of my former graduate school professors. The first surprise was that she remembered me. The second surprise was that she liked my thesis idea. She asked me to petition the Graduate Council in writing. I did, and my research topic was accepted! I was readmitted back into the program, my lengthy time-lapse forgiven. She even agreed to serve as one of my committee readers, along with two others.

I spent many months conducting one-on-one oral history interviews with longtime supporters of the Institute for Spirituality and Health. Some of the interviewees were in their 90s, so my work mattered. I was helping to preserve history by writing down their memories. I dissected my notes to find a perfect quote here and there. I spent tedious hours every day, searching through sixty-year’s worth of board minutes, newsletters, hand-written letters, special event programs, books, and other documents.

The hard work paid off. I compiled the first chronological historical record of the organization’s years from 1955 to 2015. It was original, never-before-written research. The graduate committee approved my thesis document, and my defense was accepted. I earned my master’s degree.

The Institute had a modest financial budget for the history book, but it was enough. I hired a graphic designer and chose Lightning Source/Ingram Spark as our printing company. The result: “Uniting Faith, Medicine and Healthcare: A 60-Year History of the Institute for Spirituality and Health at the Texas Medical Center” was released in May 2015 to coincide with the organization’s sixtieth anniversary.

I don’t profit financially from sales of the Institute’s history book. But I profit in other ways. I feel like a “high-completer” now. My bucket list is a little shorter, too. Working on my thesis and the ensuing book brought me back to life. I haven’t stopped writing since, and I continue to develop other book projects. Next up is my first children’s picture book called, “Arthur Zarr’s Amazing Art Car,” which I hope to launch in November 2015.